In times of crisis, the future is at stake.
World Mental Health Day, October 10, 2011

It is not news anymore that the financial crisis had a devastating effect on the world economy. Its consequences were felt in all areas of life – securing jobs became more difficult, purchasing power went down, and so did people’s trust in their governments.  But the credit crunch also had an unexpected consequence, one that reflects a deep chasm in our society – a sharp rise in mental health problems, largely caused by uncertainty and fear for the future.

The increase in burn-out, depression, anxiety and attempted suicide is apparent in most European countries, and is almost always related to either unemployment or fear of unemployment.

For young people, the financial crisis meant higher education costs and lower chances of employment. It also made young people doubt both their skills and the value of their degrees. Older people have also felt the repercussions of the crisis, as they were often left unemployed and feeling useless or isolated. Budget cuts also meant that services for older people became harder to access, putting a further strain on already burdened families. For people with mental health problems, the financial crisis worsened an already appalling situation. People with mental health problems are already the most stigmatized of all disabled people. When it comes to employment, (ex-) users of mental health services are the last to be hired and first to be fired, which, in times of crisis, means they are extremely unlikely to gain and keep any kind of meaningful employment.

It is time for governments and European policy-makers to understand that the rise in mental health problems in Europe is due as much to the crisis as to governments’ response to it. Budget cuts, the reduction of allowances for families and disabled people, diminishing benefits and a decrease in the number of staff working in social services will only worsen this already dire situation, and harm the poorest and most vulnerable members of society.

Therefore, on World Mental Health Day, Mental Health Europe (MHE) is urging
policy-makers to realize that the crisis will not last forever, but that cuts in social services, although seemingly-cost efficient now, will have lasting negative effects. Social welfare is not only a right, but a means to improve mental wellbeing.

*       Support should be given to the EU member states to implement the EU’s Active Inclusion Strategy, therefore granting an adequate minimum income to all, including those who are (temporarily or permanently) not able to work.

*       A  modernization of social protection systems, which would alleviate the effects of unemployment or sickness, is necessary.

*       National debt relief legislation and debt relief programs should be put in place, in order to reduce the mental health effects of the economic crisis.

*       A social scoreboard should be created,  measuring the effects that new policies have on the social situation in a country, and in particular their impact on the most vulnerable groups in society.

*       Civil society should be regularly taken on board in policy-making through consultations and coordinated interactions with policy-makers.

*       Measures should be set up for avoiding homelessness, which is both a cause and a consequence of mental health problems.

·      The European Pact for Mental Health and Wellbeing, should be implemented, as it is an integral part of the European Platform Against Poverty and Social Exclusion.

·      Governments should take a proactive approach to (re-) integrating young people and people with physical disabilities or mental health problems in the labor market. 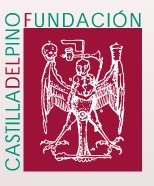